While Saudi Arabia has made wealth from oil, we have failed to tap our natural resources.

In Ashadh Ka Ek Din, a famous play by Mohan Rakesh, the protagonist Mallika reminds her old flame, the classical poet Kalidas, “You wrote that a single flaw gets concealed by a bunch of virtues, just like the moon’s spots are overcome by its beauty. But not poverty; even hundreds of faculties can’t hide it. Worse, it erodes each of them, it kills all that is good.” Great eloquence, Lady, but the reverse is also true in certain milieus: there is also a virtue that eclipses all vices. In the history of civilization, that virtue is wealth creation. A brief survey of the different courses adopted by Independent India and the states of the Arabian Peninsula illustrates this point.

Saudi Arabia, the biggest and most powerful state of the peninsula, came into being in 1930, but it was much later that it started emerging as an international player. In February 1945, a historic meeting took place aboard the USS Quincy in the Suez Canal in which King Abdul Aziz ibn-Saud signed an agreement with US President Franklin D. Roosevelt for the supply of oil to the United States in exchange for guaranteed protection to the Saudi regime. The agreement has held good till date, honored by a dozen American presidents. This is despite indisputable evidence of Saudis’ in terror activities—15 of the 19 attackers of September 11 were from Saudi Arabia—and the Saudi regime’s pathetic record on human rights over the decades. 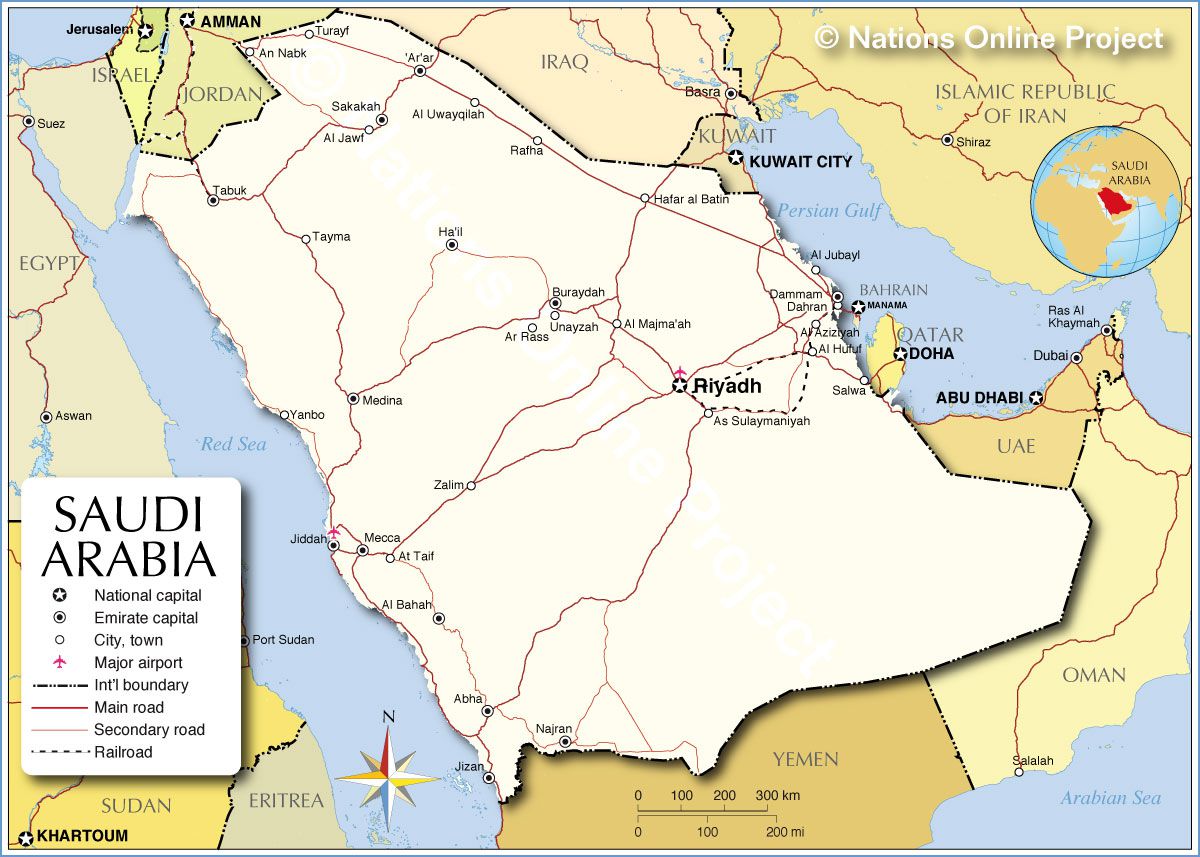 In the first half of the 20th century, the Arabian Peninsula had just rudiments of civilization; it was a hodgepodge of warring, pillaging tribes. There was no science, technology, philosophy, arts, culture, literature in that part of the world. But Arabs’ attitude towards economic activity was not infected with socialism; this singular fact helped them reap the benefits of the resources that nature has endowed them with.

On the other hand, India, though in thrall for centuries, could boast of a rich tradition around the same time. Its accomplishments in arts, culture, literature, philosophy, science, and technology were universally acknowledged; it had produced two Nobel laureates, one in science and the other in literature, by 1947. Plus, we were, and are, blessed with not inconsiderable natural wealth. Yet, India’s per capita income is less than one-tenth of Saudi Arabia’s. So, what went wrong?

The short answer is: anti-business attitude, which resulted in disastrous economic policy. The first prime minister, Jawaharlal Nehru, was a socialist; he regarded businessmen as rapacious predators fattening at the expense of the poor. He hated capitalism, regarding it as a system in which profit is earned by evil deeds. There is documentary evidence to prove that. When he was setting up public sector undertakings or PSUs, J.R.D. Tata underlined the importance of profit. He told Nehru, “Jawaharlal, I am talking about the need of the public sector making a profit.” Nehru shot back, “Never talk to me about the word profit; it is a dirty word.”

The foundation of our economic policy was dangerously flawed: profit is bad; wealth creation is sinful, while its distribution is noble. But there was little wealth in the first place, so our national leaders ended up spreading, or at least perpetuating, poverty.

The consequence: India, sujlam suflam malyajshitlam, is home to the largest population of poor people, while Saudi Arabia, a desert nation with just one natural resource in abundance, is prosperous. While the Arabs were able to transform their natural into wealth, we weren’t.

Under Nehru, India adopted the socialist path, making the state the engine of economic development. A report, ‘So Many Lost Years: The Public Sector Before and After Reforms’ (2000), prepared by Laveesh Bhandari and Omkar Goswami under the auspices of the National Council of Applied Economic Research (NCAER), described how India was on the brink of an industrial revolution and how it messed up because of its flirtation with socialism.

“In making a case for state ownership, India’s policy-makers ignored some basic facts,” the NCAER report said. “By 1947 India’s modern industrial or factory sector accounted for over 10 per cent of national income—a ratio that was well above any other de-colonized country with comparable per capita income. More than two-thirds of this factory sector output was due to the entrepreneurial drive of Indian capitalists, who set up a large cotton textile industry (accounting for 4 per cent of GDP of a predominantly agrarian country), had a significant presence in coal mines, commissioned three iron and steel mills (Tata Iron & Steel in 1911, Indian Iron & Steel in the 1920s, and Visverswaraya Iron & Steel in the 1930s), and were involved in shipping and ship-building, cement plants, engineering units, sugar mills, glass factories, and many other industrial activities… . Indian entrepreneurs had [also] made their presence felt in the jute industry which, until World War I, was a preserve of colonial firms.”

Further, we had the requisite infrastructure, human resources, and institutions to galvanize economic development. “India also had the necessary institutions for corporate growth: an efficient and well-knit railway system, relatively good ports, a large banking and insurance sector, and three very active, well-developed stock exchanges. Thus, by the early 1950s, India was the only de-colonized country that had the funds, the institutions, and the entrepreneurial base for large-scale private sector industrial development,” the report said, adding that “in 1950 … industrial output accounted for more than 20 per cent of its industrial income.”

On the other hand, Saudi Arabia had to rely on Westerners for everything, from exploration to refining of its oil. The discovery of petroleum was made early in the 20thcentury, but the oil industry gained momentum only after 1945 with the opening of the Ras Tanura refinery. While we remained suspicious of foreign companies, the Saudis set up a joint venture which came to be known as Arabian American Oil Company (Aramco). In 1951, it found the first offshore field in the Middle East, south of the former Saudi Arabia-Kuwait neutral zone. More oilfields were discovered and exploited in the 1950s. During the 1970s and early 1980s, Saudi Arabia managed to gain complete ownership of Aramco, renaming it in 1988 as Saudi Aramco.

This is not to say that life in Saudi Arabia is better that in our country; it is a theocratic nation with no freedom of thought, speech, faith, and action. Given a choice to be born in India or Saudi Arabia, one would choose the former, for it is better to be poor with freedom than comfortable in chains. But that is beside the point; the issue here is economic policy; and it is indubitable that, owing to wrong attitude and flawed principles, India has not been able to utilize its natural resources, most of which would become useless after some time.

India has the world’s third largest coal reserves, but we were importing it from Indonesia till a few years ago, thanks to our inability to use our own natural wealth. Sudden increase in the imported coal made several power projects sick and created huge non-performing assets.

Similarly, we are unable to exploit our petroleum. India has 30 billion tonne of unexplored hydrocarbon reserves, the then petroleum minister Mani Shankar Aiyar said in January 2013. “We are no longer a hydrocarbon-poor country,” he had said at a CII conference at that time. Three years later, his successor Dharmendra Pradhan echoed the same views. He said that a major part of the 3.14 million square km area of the country’s reserves remained unexplored.

It needs to be added here that it took millions of years for the earth to make hydrocarbon fuels. For thousands of years, they remained of little use for mankind. Now that the world is moving towards renewable and clean energy sources like solar and fuel cell technology, it looks like by the end of this century, fossil fuels would cease to be used; this would turn our petroleum wealth useless. In other words, mankind had a window of about two centuries to capitalize on petroleum. The Arabs did that successfully; all their inadequacies have been eclipsed by their singular virtue—pro-business attitude. We, on the other hand, remain lost in the ideological cobwebs we relish and the policy maze that these have created.

The periodic crises—when crude prices go up, increasing the fiscal and current account deficits and retail prices—are merely episodes in the tragic saga that we have scripted for ourselves. The theme of the saga is socialism.